Philippe Melka spent much of his youth in Bordeaux and went on to attend the University of Bordeaux where he earned a geology degree. On a whim, he took a wine course in his final year of study; a decision that became a pivotal move in his life. He joined Chateau Haut-Brion and developed a passion for Cabernet-based blends and Sauvignon Blanc. While there, he completed a master's program in Agronomy and Enology under the direction of Professor Sequin, the renowned terroir specialist. Yearning to know more, Philippe traveled the world's best regions to study soil and make wine in Napa Valley at Dominus Estate, Western Australias Chittering Estate, Badia O Coltibuono in Chianti and in Bordeaux at Chateau Petrus. This experience enabled him to hone his craft and study under such luminaries as Jean Delmas from Haut-Brion, Christian Moueix and Jean Claude Berrouet from Petrus, and Paul Draper from Ridge. Now, as one of the world's top nine wine consultants (named by Robert Parker), Philippe continues his devotion to winemaking as co-proprietor of Melka Wines with wife Cherie and as consulting winemaker to some of wine's most acclaimed estates in Napa Valley.

Education: University of Bordeaux, Geology
Masters in Agronomy and Enology 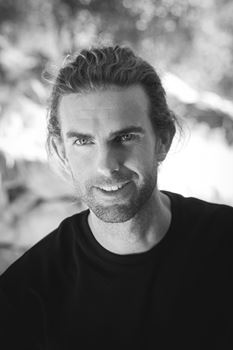 Winemaker Matt Sands is a New Zealand native who traded winemaking on New Zealand’s tiny Waiheke island for Napa Valley Cabernet Sauvignon in 2013, and hasn’t looked back. After learning the ins-and-outs of winemaking, doing every job from pruning to sales at a small, family-owned winery on Waiheke, Matt landed in Napa Valley at Screaming Eagle, where he honed his expertise in Cabernet Sauvignon and met fellow New Frontier Wine Co. winemaker Maayan Koschitsky. Matt is constantly inspired by Napa Valley’s range of terroirs, and loves creating a tangible product from the Valley’s harvests each year. He joined Lithology as winemaker in 2015, and has since expanded his repertoire beyond Cabernet Sauvignon and into other grape varieties by collaborating on New Frontier Wine Co. brands such as Justice, Waypoint, and Pursuit.

Education: During his second Napa harvest, at Bryant Estate, Matt had the opportunity to work with Philippe Melka, who he continues to work with at Lithology today.

Years in the wine industry: years

Winemaking Philosophy:
Matt believes the best wines are supremely enjoyable – even in their youth – and strives to craft Cabernets that are well-balanced and nuanced. To achieve this goal in the cellar, Matt uses an incredibly light touch to accent the beautiful variations of Cabernet Sauvignon from some of Napa’s finest vineyards. Rather than making wine with a recipe, Matt treats each lot of grapes like a unique individual, delicately coaxing out maximum nuance and finesse so each wine is incredibly drinkable. 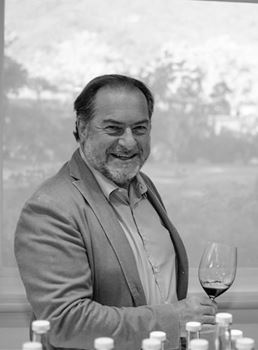 Michel began his work as an oenologist in 1973, a time when modern wine was in its infancy. In 1985 he was offered the opportunity to study the ways to maximize the potential of California's wines, and his life as a global winemaking consultant began. He has since worked on four continents, more than a dozen countries, and over 150 different proprieties. Michel continues to advise clients around the world, in addition to serving as the winemaker for properties in Argentina and Bordeaux.